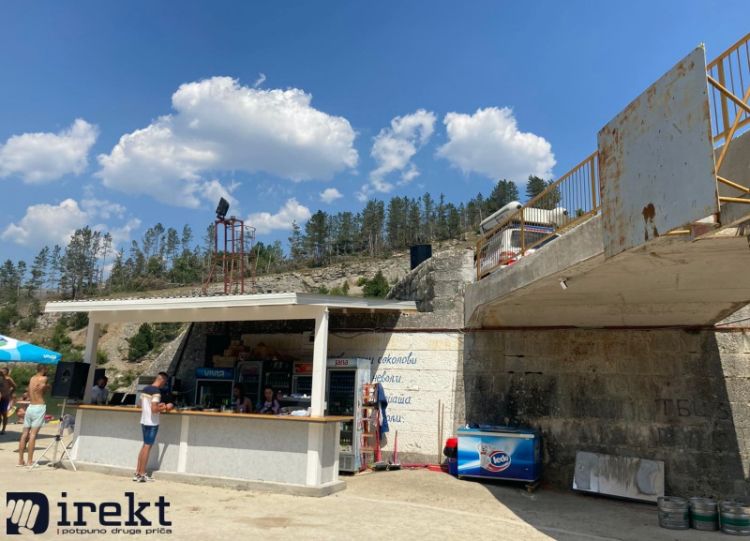 The public in Gack was upset by the news that a beach bar of the same name was opening in the protected zone, leaning against the "Klinje" dam.

"Srđan Milović told me: shut up and work", openly boasted Filip Mandić, the owner of the "Klinje" bar. Milović is a former member of the NSRS, currently president of the SNSD Municipal Board in Gacko and adviser to the director of RiTE.

Despite the public outcry, work on the construction of an open bar on the shore of the lake continued, so the bar started operating at the beginning of July without any permit.

In the meantime, Vukota Govedarica, president of OO SDS Gacko, raised his voice and asked for clarifications from the mayor of the municipality Ognjen Milinković and the Institute for the Protection of Cultural, Historical and Natural Heritage of RS, since the Klinje dam is under state protection as the first arch dam in the Balkans and a facility, not only of great historical, but also of strategic importance.

"I received information that work was done on the dam, drilling and anchoring was done to ensure the structure's strength. In accordance with the law on cultural heritage, the jurisdiction of the Institute is clear. Not a single construction or semi-construction type building can be constructed on immovable cultural assets without a previously obtained opinion, based on a plan submitted to the Republic Institute. The local self-government had to turn to the Department of Urban Planning, and it, as an official duty, to seek approval from the Republic Institute", explains Govedarica, who is still waiting for answers to the questions raised.

Dr Milijana Okilj from the Institute for Cultural, Historical and Natural Heritage of RS confirms that the procedure is as such, who says that the dam was valorized in 2001 as an object of architectural value and, as such, under the protection of the state.

"We were not contacted by the competent department in the municipality of Gacko, nor was the investor, and they had to be if they threatened the physical structure in any way. We also sent an answer to Mr Govedarica, the republican construction inspection and the municipal inspection. The procedure is such that, after the inspection goes out to the field, it sends us a letter with what they found", Okilj said seven days ago.

Until the conclusion of the text, the inspector's findings have not yet arrived at the Institute. 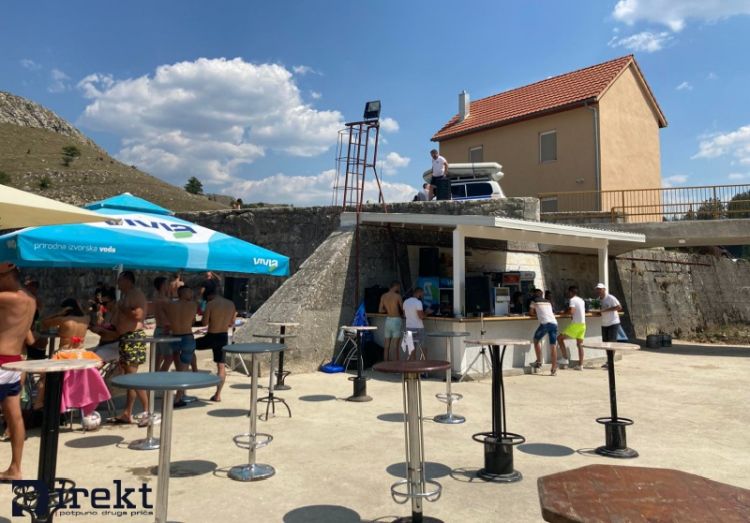 What did the municipality of Gacko fail to do?

The beach bar was opened on July 2 in the public space it usurped. If the local government took into account the interests of the municipality, it would offer the space on Lake Klinje to auction, invite all interested restaurateurs, define the conditions, appearance and dimensions of the temporary facility and thereby provide benefits for everyone. This is how, thanks to private and family ties, individuals occupied the territory and made a profit without any permission.

It was only on July 22 that the Municipal Department for Economy, Finance and Social Activities issued a decision on the registration of the beach bar "Klinje".

"According to the current law, the owner has a deadline of 30 days to complete the procedure and obtain all permits, which will be checked by on-site inspections after that", they told us in the municipality of Gacko.

From RiTE Gacko, so far they have not reacted to this "borrowing" of electricity from their plants.

By the way, according to the current law, stealing electricity is a criminal offense punishable by a fine or imprisonment.

Radoica Antunović, PDP councilor and former deputy mayor of the Gacko municipality, points out that she will always support any type of investment in Gacko, but with respect for procedures.

"I wouldn't want to accuse anyone because people use the situation in society. In short, if we are politically ineligible, we cannot do anything. And if we are, we can do anything. This applies both to employment and to the opening of facilities. We support that it be sorted out, that it be brought in accordance with the law. If we have decided that Klinje is a tourist complex, it should be used that way. There are worse things happening in Gacko, such as the purchase of a counter-hall, on which we will spend half a million of our money", Antunović believes.

Although there are those who like the new content on Klinj, there are many more negative comments. Loud music and tables on the beach are not pleasing to those who are looking for peace and relaxation on the main tourist assets - the lakes above Gacko. 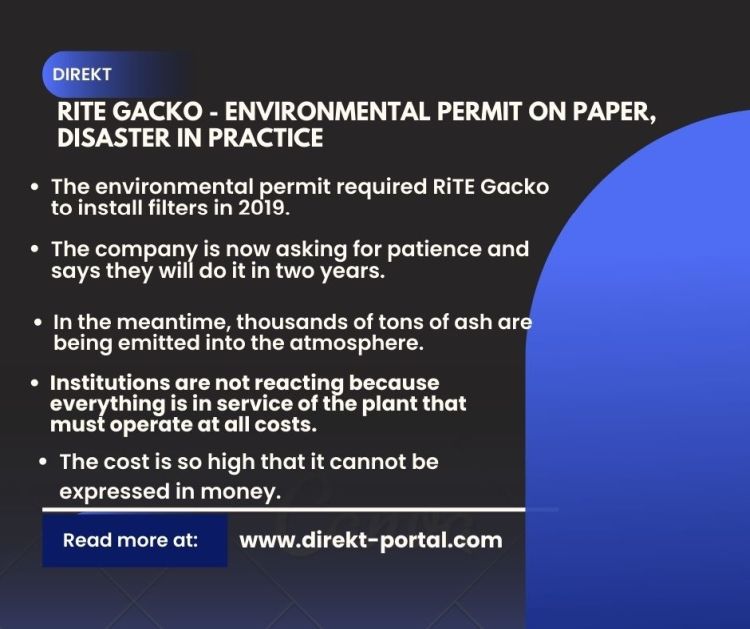 Subota, 30 Juli 2022 11:03
Impuls istražuje
Public procurement of the Bijeljina hospital: When the tender is "well-tuned" - the winner is known in advance

Ponedjeljak, 18 Juli 2022 10:54
Impuls istražuje
Ilidža: From the fight against construction chaos to the legalization of crime by the previous government